Check out these incredible graphics generated by the University of Washington's Institute for Health Metrics and Evaluations, which show how Colombians - and everybody else - dies, by gender, in different decades, and analyzed in different ways.

The graphs track Colombia's health and even political evolution. Notice how violent deaths (rose colored bars on top) drop, while chronic illnesses such as diabetes leap (thank cars and McDonald's and Co.). AIDS (bright yellow) barely registered in 1990, but has since exploded into a major cause of death and disability. On the other hand, diarrhea killed lots of kids two decades ago, but has been reined in, altho it's still deadly.

Their software allows you to see the loss-of-years charts by gender (males are much more violent), by different decades and different countries. Thanks to Caracas Chronicles for turning me on to these graphs. On their site, you can see how violence has exploded in Venezuela during the Chavista years.

The first graph below shows how many years of life Colombians lost to premature death and disability in 2010 (for those without a magnifying glass, the bottom line lists age groups and the vertical one on the left years of life lost): 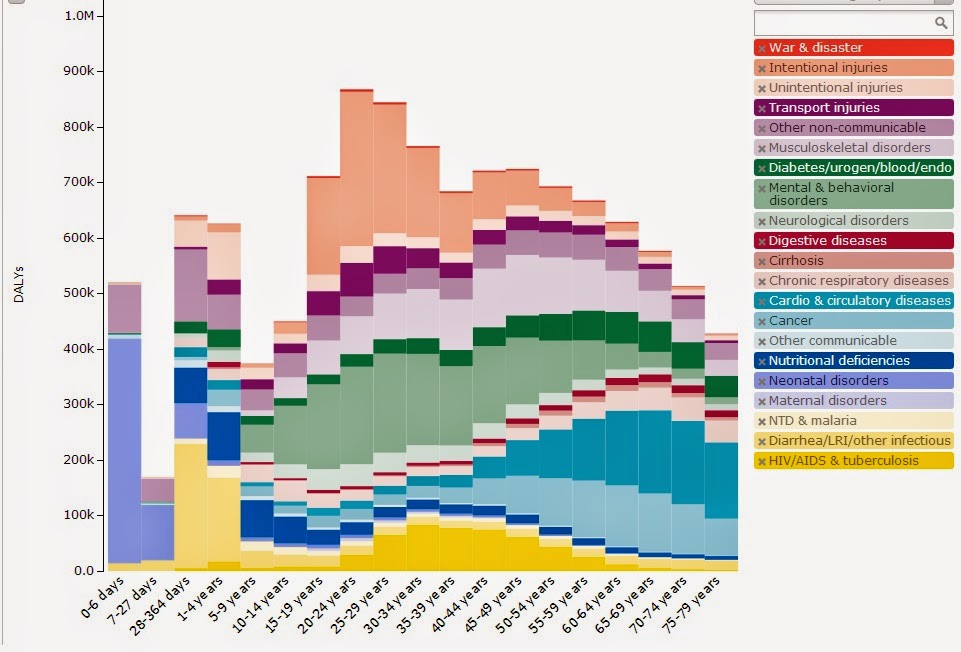 In 2010, above, fewer Colombians died violently compared to earlier decades, but more were killed and disabled by diabetes (dark green) and cardiovascular (dark blue) diseases. 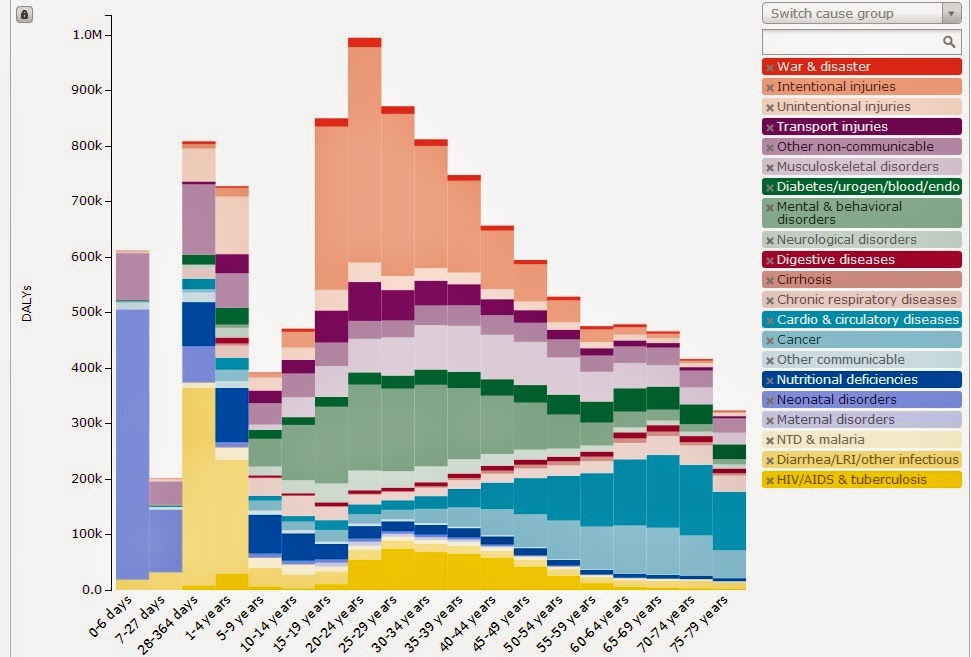 In 2000, above, many Colombians died violently (rose bars on top) and you can see the 'war deaths' in red at the very top. AIDS has appeared. 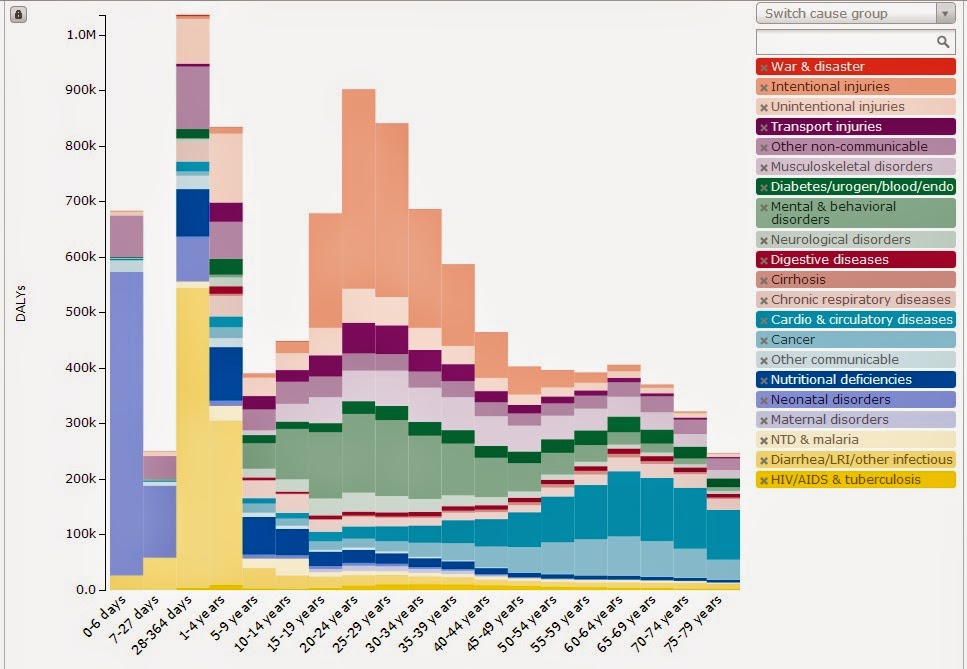 Back in 1990 fewer Colombians died of chronic diseases like cardiovascular problems and diabetes, but diarrhea (yellow bars on left) was a huge killer of children. But diabetes (dark green) is a minor killer.