Demanding Justice for a Murdered Son 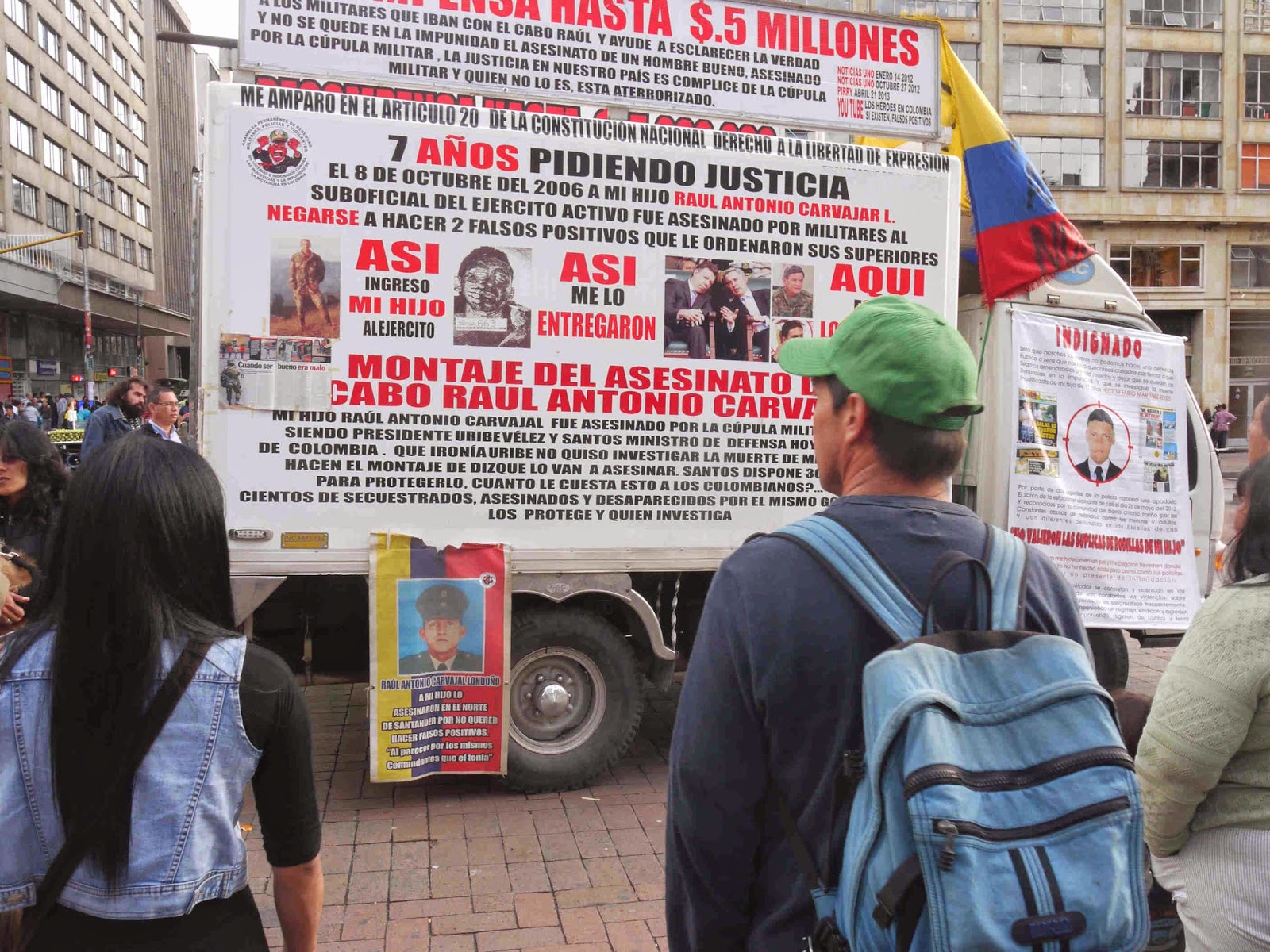 In late September 2006, Raul Antonio Carvajal, a 29-year-old army corporal, called his father and told him that his superior officers had ordered him to kill innocent people and turn their bodies over as supposed guerrillas. Carvajal disobeyed the command, his father, also named Raul Carvajal, said, and 18 days later, on October 8, he was murdered himself, his father said.

The elder Carvajal has been protesting the last several days with his truck covered with billboards denouncing the Alvaro Uribe administration parked in front of the San Francisco Church at the intersection of Carrera Septima and Ave. Jimenez. 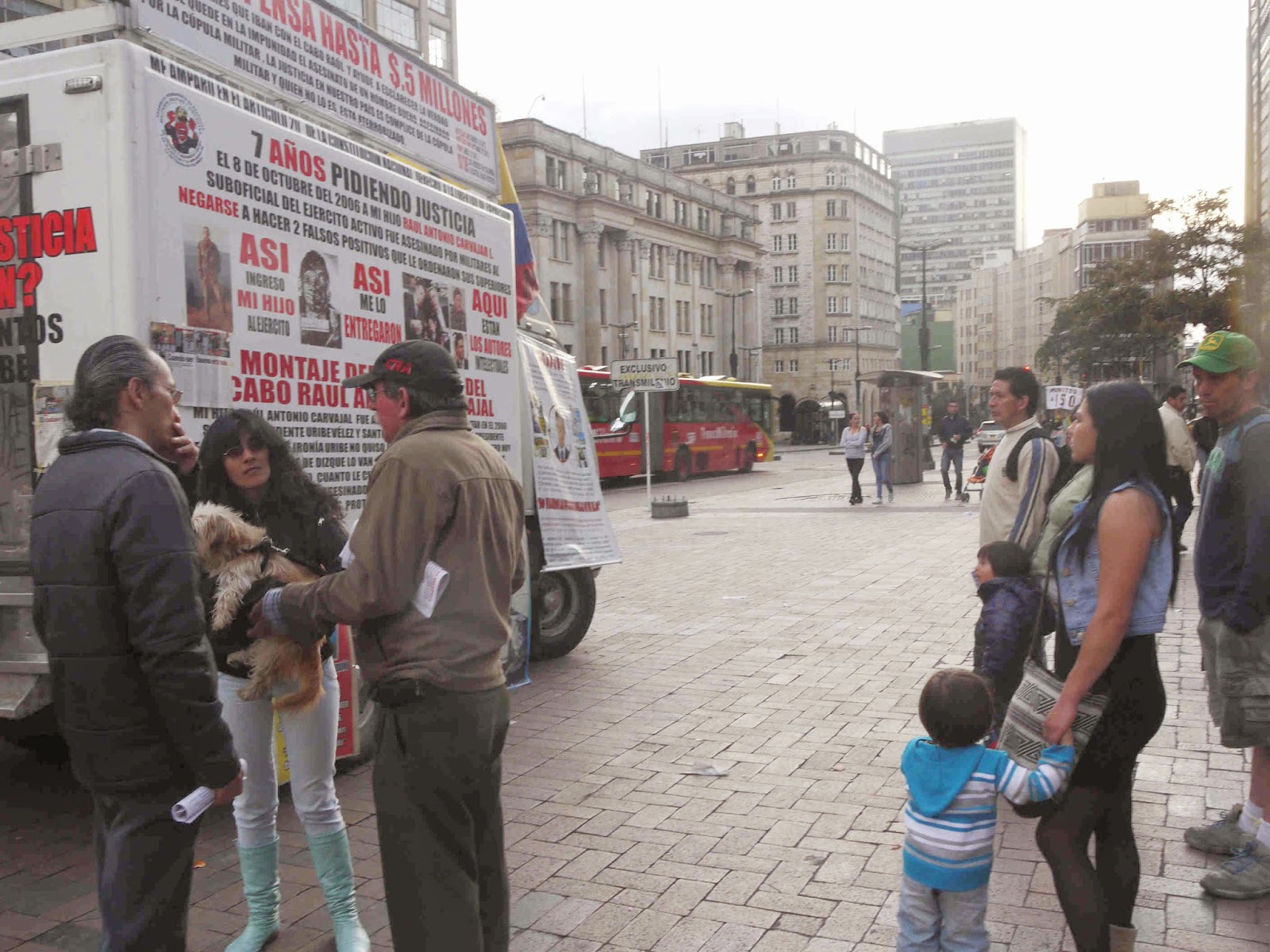 Carvajal says that the courts and government have ignored his demands for justice. He believes that is because of the continuing influence of ex-Pres. Alvaro Uribe, who was recently elected to the Senate, and of current Pres. Santos, who was Uribe's minister of defense. In what became known as the False Positives scandal, thousands of young men, mostly peasants, were murdered by military units and labeled as guerrillas in order to earn bonuses and time off. In the investigations and prosecutions which followed, neither Santos nor Uribe was directly implicated in the crimes. According to United States diplomatic cables released by Wikileaks, Santos wanted the killings investigated at the time.

Carvajal believes that his son was murdered by other members of the military for either refusing to participate in the killings or trying to report them.

"I want the world to know about these killings," Carvajal says. "I want justice done." 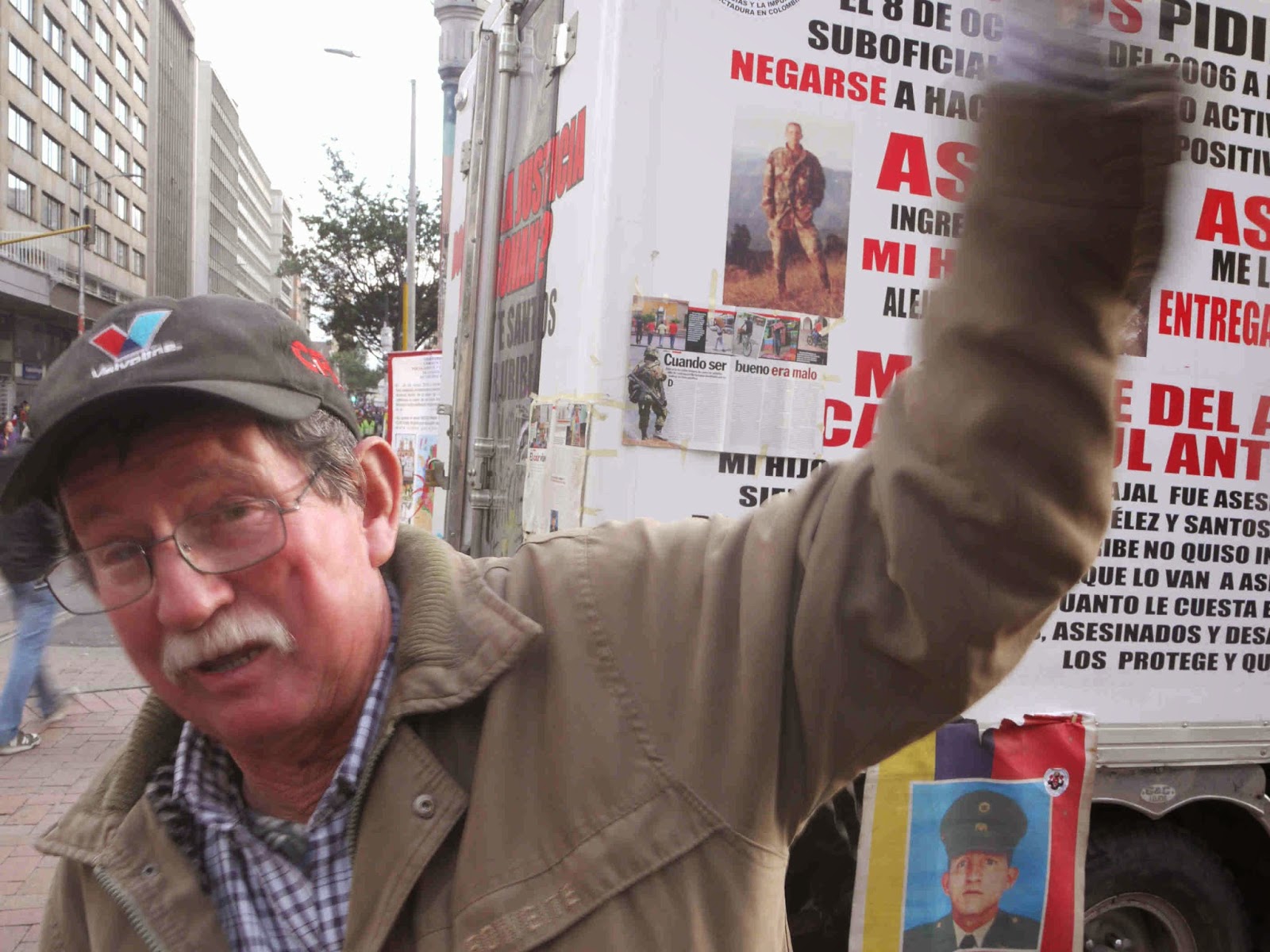 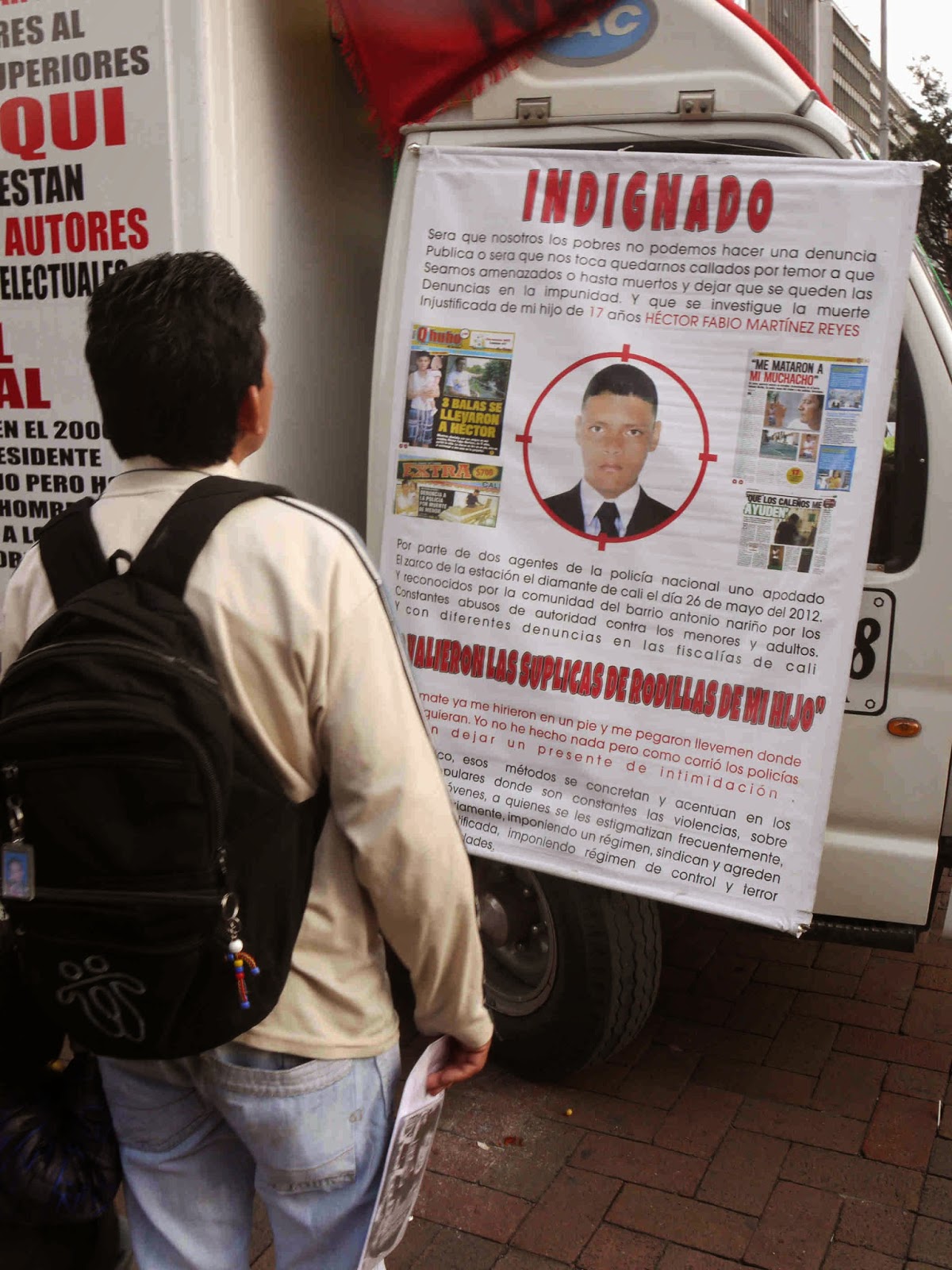