This morning, two groups of foreigners heading towards the city center called me with the same predicament: they wanted to do a bike tour, but were trapped in immense traffic jams.

One of the groups made it, albeit late. The others arrived in downtown nearly an hour later than planned and
missed the tour.

I couldn't help thinking about the congestion charges which Bogotá is considering once again. A few months ago, the City Council voted the charge down without offering any good reasons why - despite two studies finding that such charges were workable and would reduce the city's chronic traffic jams.

The latest version of the proposed law would impose an 8,000 peso fee on vehicles which enter certain congested parts of the city. Drivers will cry and gnash their teeth: 'This is an illegal tax'; 'It's an unfair burden on the middle class'; 'We can't afford it!' 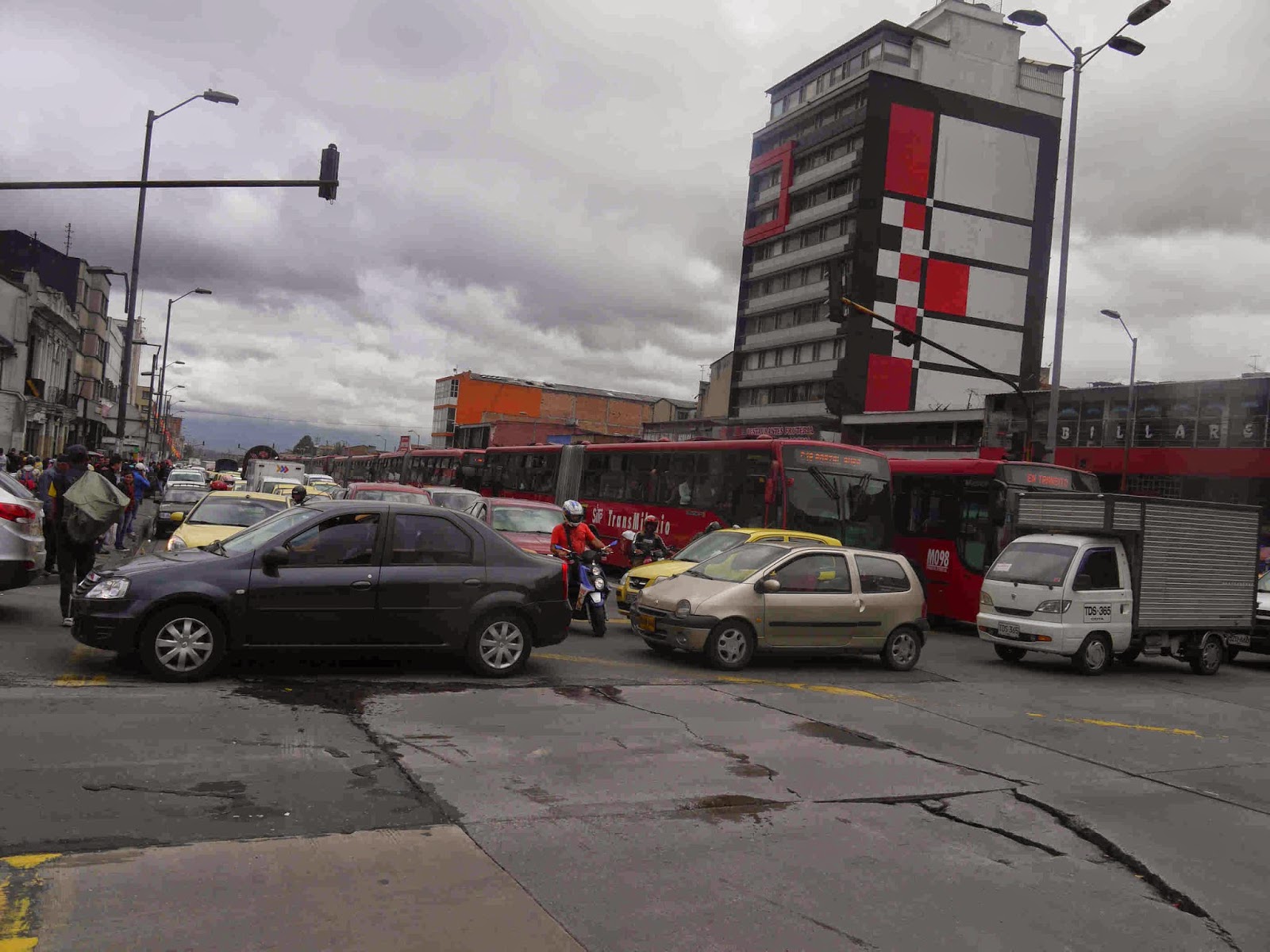 None of those arguments hold water, of course. Those who own cars can afford to pay a few thousand pesos. And, the burdens they are placing on the city thru their noise, congestion and pollution cost all of us much more than 8,000 pesos. 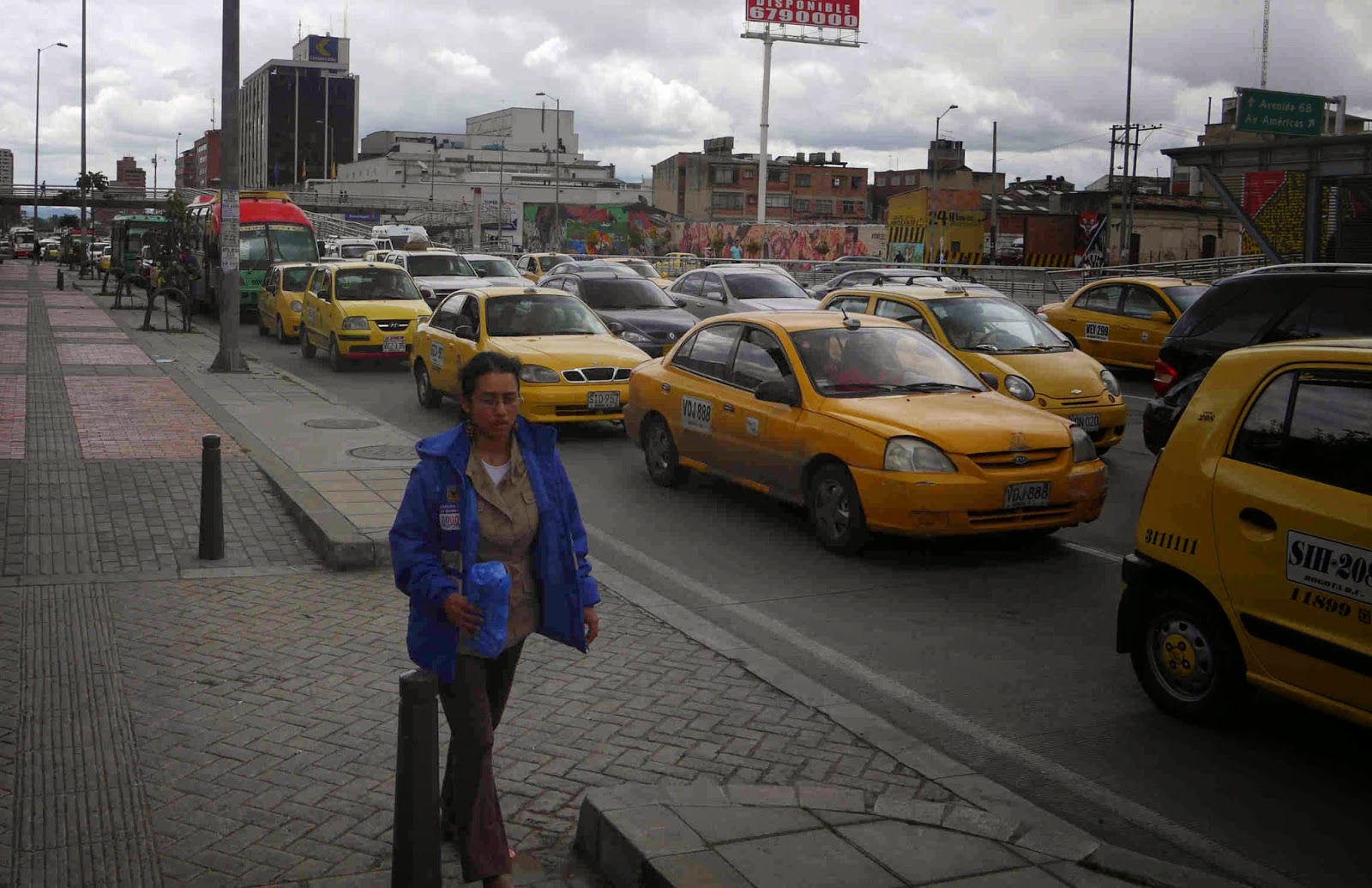 But, this morning's experience demonstrated dramatically why the charge would also be good for those who pay it. One of the people trapped in the traffic jam, an airline pilot from Germany, told me that they'd lost an hour of time in traffic congestion. That's an hour of the lives of 5 people and their driver. And I'm sure it wasn't a very pleasant hour. What's more, congested traffic burns more gasoline - which means money - and produces lots more pollution.

And there were six people in that car, meaning that the charge came down to much less than $1.00 per person.

That's a tiny price to pay to get back a chunk of your life.

Yes, of course there are many car owners who can afford the extra COP 8,000 per day (COP 128,000/month if you drive 16 days). You make the mistake of assuming that everybody who owns a car is wealthy. I have plenty of friends and relatives for whom it is a stretch. They drive tiny 10-year-oldcars, but they do it because it turns a 90-minute commute on the bus into a 60-minute trip, thus increasing their time spent at home and with family by an hour per day. It also allow them the freedom to go places and visit friends without having to worry about catching the last bus of the night, or waiting for it in the rain or in a dangerous location. And that's if it comes at all and isn't full.

You can't even count on taxis. For example, the last time I was in Bogota, I stood 45 minutes in rain before I could flag down a taxi. The restaurant repeatedly tried to call for one, but the taxi companies weren't even answering their phones. The restaurant employees told me that any time there is rain during rush hour, you're going to be out of luck.

The fact that a proposal like this tells us that there are a large number of voters who perceive they are better off sitting in the congestion than paying the tax. We should not assume they are stupid and do not realize the value of their time.

I also infer from this post and others that you may not understand that car owners already pay huge taxes, at the time of purchase, in annual fees and gas taxes. You can make the argument that a car is a private benefit, but you must acknowledge that it is far from free.

Elite? The great majority of Bogotanos, who suffer from the delays and pollution caused disproportionately by cars, are too poor to ever afford a car.

People don't sit for hours in traffic jams because it's the rational thing to do. They do it out of habit, or for status, or because all of that propaganda has them convinced that a car means success.

Sure, a car will often get you someplace faster than a bus or other transport. But, there's a 'tragedy of the commons' dynamic happening here. A car does get an individual to their destination faster - but it slows everybody else down more.

I'm not denying that car owners do pay lots of taxes. But they also receive lots of subsidies, in gasoline and parking, for starters. And all of us, whether we have cars or not, suffer from their noise, waste, pollution, congestion, etc. And, study after study have shown that all of those taxes and fees do not cover cars' social impacts.