Marijuana Marchers vs. the Police

Today's marijuana legalization march brought out thousands of people, mostly young, who marched down Carrera Septima and ended up on the Plaza del Periodista - until the cops swept in and drove them out.

It was a bit of a surreal scene. An anti-riot police tank arrived and proceeded to make a long speech - in English - advertising the speaker system's capacities. Then, they gave the marijuaneros ten minutes to clear out.

'This march has been carried out without incident so far,' said the loudspeaker.

One group held a 'Yes to the personal dosis' banner in front of the tank, to no avail. Afew protesters threw bottles at the tank, and one spray painted something illegible on its side. But soon, the cops started tossing acoustic bombs and the plaza quickly emptied out.

What was the point? Why didn't they just let them stay and smoke? 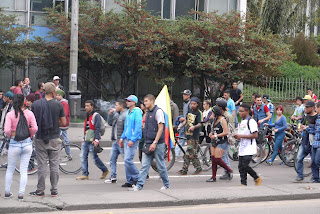 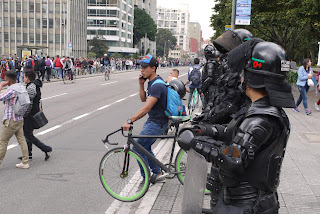 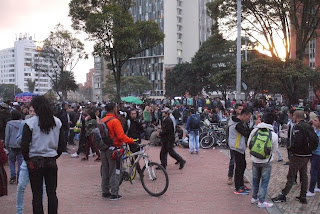 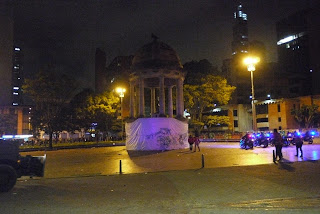