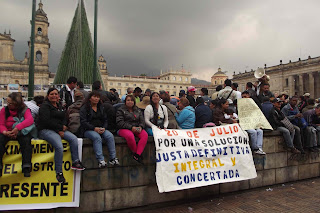 These street vendors were demonstrating today on Plaza Bolivar, angry that they were being forced out of their long-held vending spots by new TransMilenio line in the 20 de Julio neighborhood. One woman said that she'd been selling in the same spot for 24 years.

The city generally offers vendors new places - but usually indoors, where potential customers do not walk past.


The vendors' representatives were inside City Hall negotiating for a better arrangement. 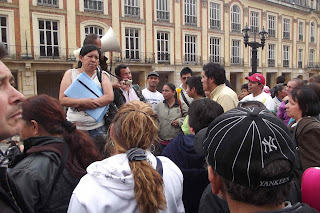