How to be a Real Man

They rallied today by the Parque Nacional handing out cards which read: 'Defining your manhood according to the size of your penis is thinking that all that you are can be measured in centimeters.'

"The idea of this campaign is to question the traditional and hegemonic idea of masculinity, in which men are taught to repress themselves, to be strong, not to cry," said psychologist Alejandra Quintero.  "The idea is to question this and let them be who they are."

Certainly, ideas of masculinity in Colombia and much of the world depend too much on violence, physical strength and sexual performance. But I don't find Colombian maleness to be quite as simplistic as that in Chile and Bolivia, where the supreme expression of male friendship was getting drunk together and falling down. 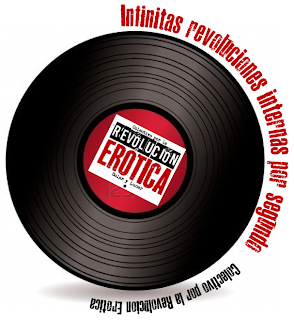 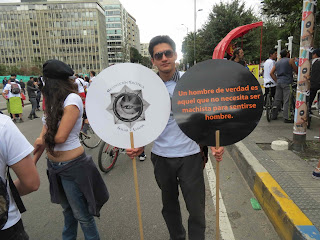