Bogotá's 180-year-old Central Cemetery is a city in itself, much of it crumbling, but full of beauty, history and traditions.

The cemetery contains many of the nation's ex-presidents, important families and other luminaries, as well as thousands of common Colombians. And amongst these common people are interred many infants, generally in tombs rented for only four years.

The tragic stories behind these children's deaths are only hinted at by the poignant messages written on the tombs.

One Bodmer sister died in infancy in the 1894; nine years later, two more sisters died in either a house fire or an epidemic, according to different traditions. The grief-stricken family built this tomb for their daughters, one sister pointing the way to heaven for her sibling. Today, they have become two of the cemetery's main popular 'saints.' People leave them offerings of flowers, toys and candies and believe that the girls can perform miracles.


Many of the children's tombs do not have headstones, perhaps because they are only temporary, anyway. 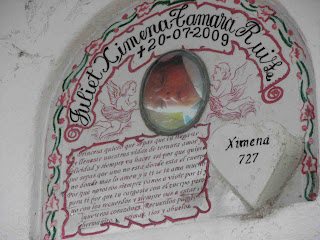 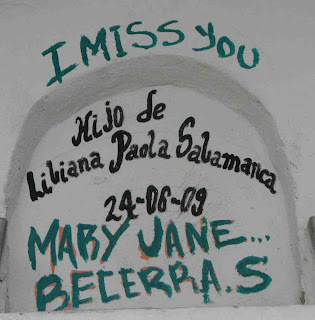