In Colombia protests are generally permitted, and in Bogotá we see lots of them.

This afternoon marchers took over Seventh Ave. apparently in protest against an alleged police killing of a student. However, when I looked more closely at the sign, I noticed that the kid died in 2005. The protesters looked like anarchist youths,

As usually happens, the several dozen protesters were surrounded by many more police officers, who seemed to be both escorting and trying to repress them.

Neither the protest's goals or impacts were clear (besides the traffic jams), but it made for some interesting photos. 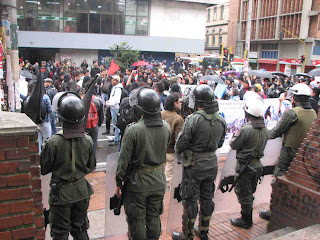 Marchers fill up Seventh Ave. - Are the anti-riot police there to protect, accompany or repress? 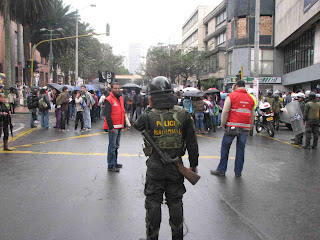 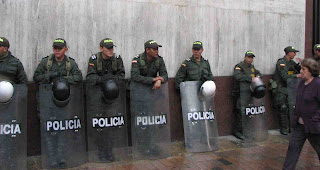 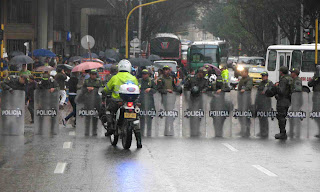 At Jimenez: they shall not pass!
And they did not pass. The protesters undoubtedly wanted to reach Plaza Bolivar, the seat of government. But they resigned themselves to carrying out their demonstration at Jimenez. Perhaps that was lucky for them, as the rains suddenly turned torrential, dousing the protest. 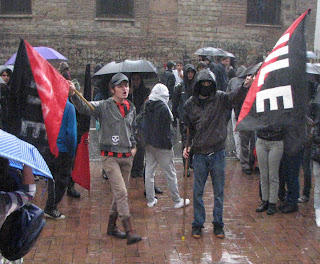