Peace Breaks Out on Plaza Bolívar! 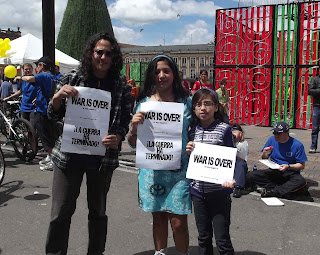 
If you want it.
Merry Christmas John and Yoko

I neglected to inquire which war they're campaigning against in their quiet way, but can only assume that it's Colombia's long armed conflict - or perhaps all wars. Did John Lennon ever sing about Colombia? I doubt it. But his words might help now, as peace talks begin in Havana, Cuba.

Every right-thinking person wants Colombia's war, and all wars, to be over. But making that happen is, unfortunately, much more difficult than is singing about it. 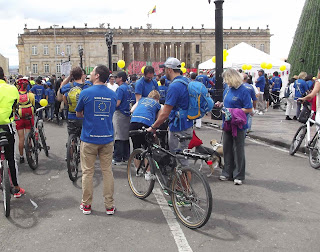 Nearby, this group of foreigners on bicycles wore blue shirts with the European Union symbol and 'Nobel Peace Prize Winner' written below it. Were they all peace prize winners? In a way, yes, since they were citizens of the European Union, which won this year's peace Prize - which is to be officially handed over tomorrow. 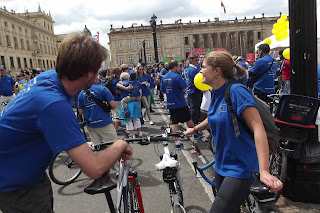 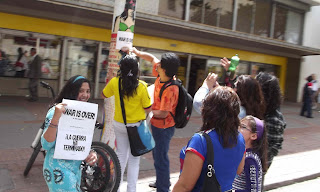 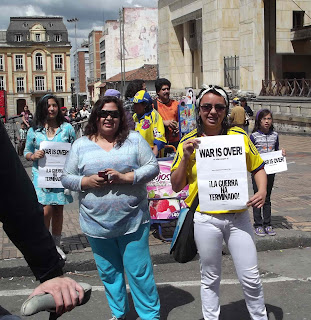 Don't forget that John Lennon was murdered on Dec the 8th, it amazes me that there are many colombians who remember this and some, like on the signs, commemorate it.

How many more great songs would Lennon have written if that lunatic with a handgun hadn't murdered him?