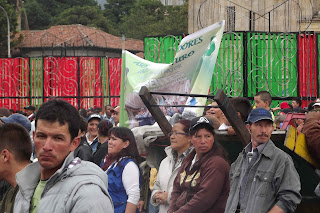 I took these snapshots today during the recicladores rally on Plaza Bolivar. It wasn't a protest, since the recyclers, who scavenge thru the trash for stuff they can sell, are to be incorporated into Mayor Gustavo Petro's new garbage collection scheme, to be started in a week.

Under the new plan, residents are supposed to separate and bag their refuse, regular trash going into black plastic bags and recyclables into transparent bags. The recyclers are to carry off the recyclables bags - without first opening them - and sell the contents, similar to the way they do now. In addition to what they earn from the sales, after several months they are to receive a bank deposit for their role in taking away the city's refuse.

The big garbage companies are protesting various aspects of the scheme, including rules about who can deposit garbage in the city's Doña Juana landfill, which the companies call a restriction on free competition.

Of more concern to me is whether the new arrangement will work at all. Will Bogotanos suddenly change their ways and classify their trash? Will the recyclers, who are accustomed to scavenging only material they can sell, really be willing to take whatever residents put in those bags? How about the homeless and other scavengers who aren't amongst the 14,000 enrolled in this scheme (not to mention dogs): What will stop them from continuing to break open bags of trash and scattering their contents over streets and sidewalks? Nothing, I'm afraid. 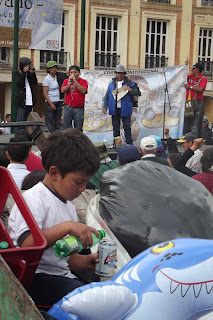 But, hopefully, the plan will succeed, as many poor city residents survive by handling trash. And recycling is crucial for saving space in the landfill, which is expected to fill up next year, with no good alternative waiting.

This rally may also be one of the last mass appearances of Bogotá's iconic and curious zorreros, or horsecarts, on Plaza Bolivar. The city has tried to ban the carts numerous times previously, and Mayor Petro has vowed that they'll be off the streets by Feb. 1. Horsecart users I spoke to sounded resigned to the end of their way of life. I'm doubtful, however, since the last I heard the city didn't have the budget to buy the thousands of gasoline-powered tricycles promised as replacements. And, what will happen to all those poor unemployed horses? 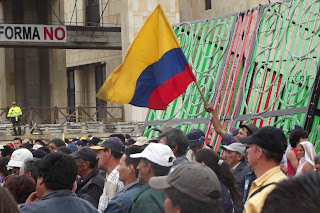 City officials and animal welfare activists say that many of the horses are abused and overworked, which is certainly true. But I can't help feeling that the city fathers' real motive is their embarassment at this conspicous evidence of poverty and developing world conditions in a city they want to portray as modern and thriving. 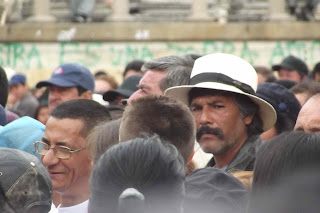 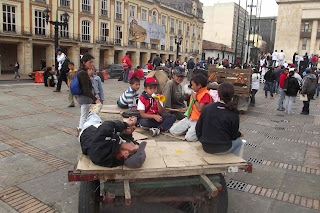 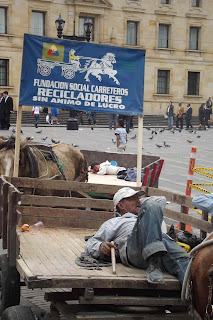 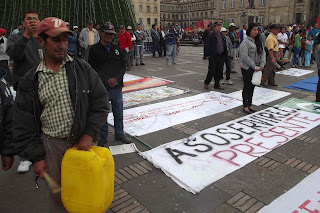 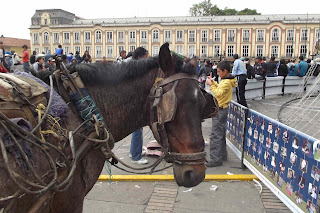 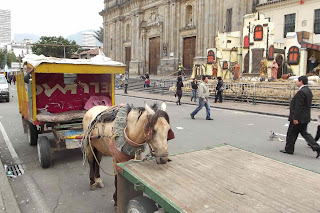 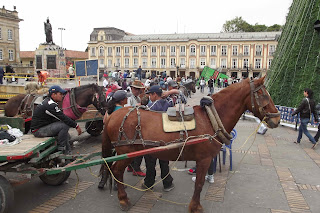 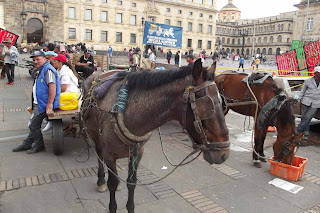 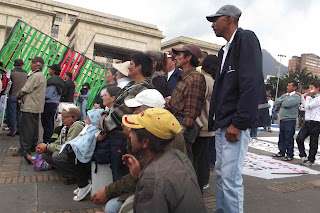 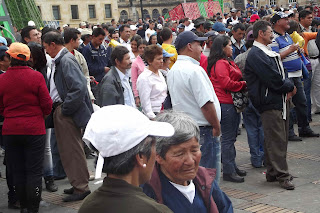 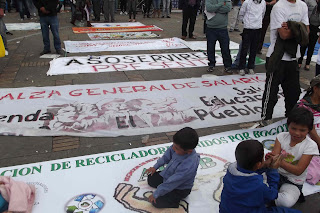 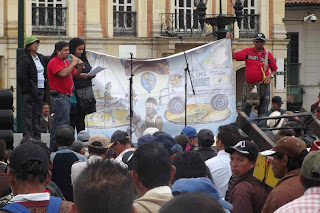