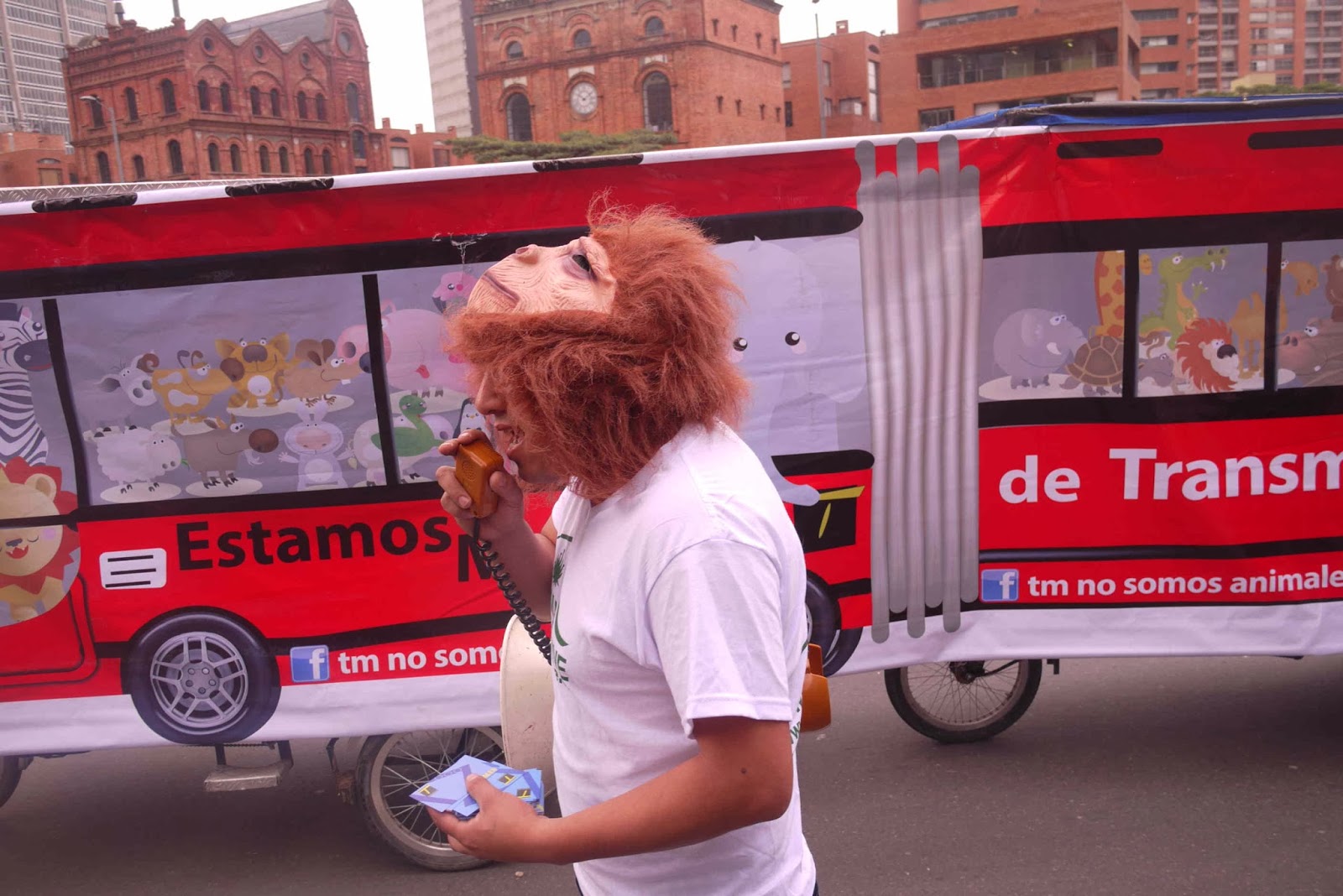 These demonstrators marched along La Ciclovía this Sunday crying out 'We're not animals!', in protest against overcrowding on TransMilenio buses during rush hour. (When I first heard them from a distance I thot they were saying 'We're not Alemanes (Germans)!.'

TransMilenio IS overcrowded, altho it's not all the system's fault. The city has built only something like half the TransMilenio mileage that was first planned around the year 2000. And exterior factors, such as city's chronic traffic jams, trap the system in gridlock. A British transit expert recently visited and made suggestions for improving the system, such as coordinating stoplights to give TransMilenio priority. A congestion charge for driving into downtown could also do wonders.

All of this also begs the question of why quadruped animals aren't treated much more humanely than they are. 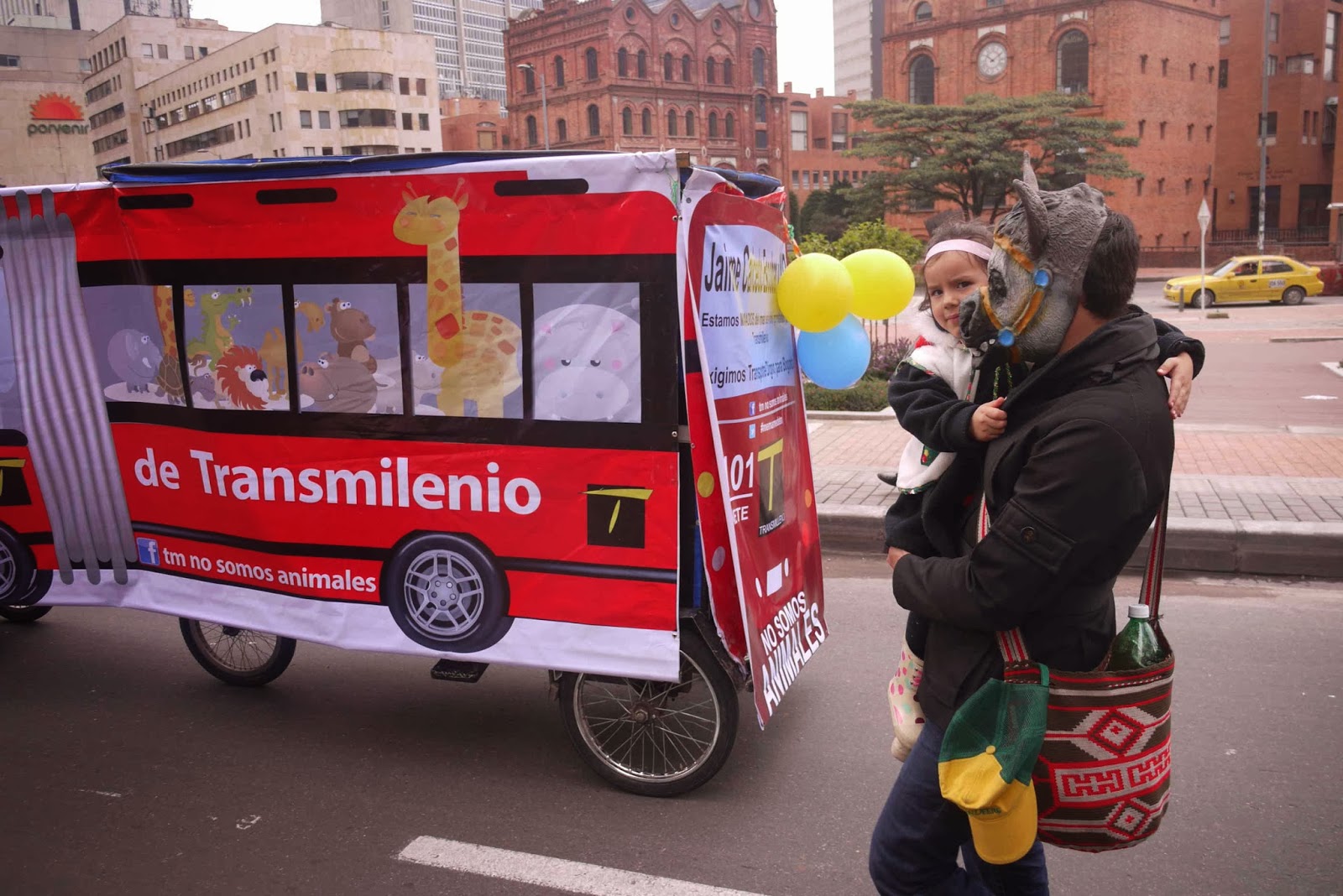 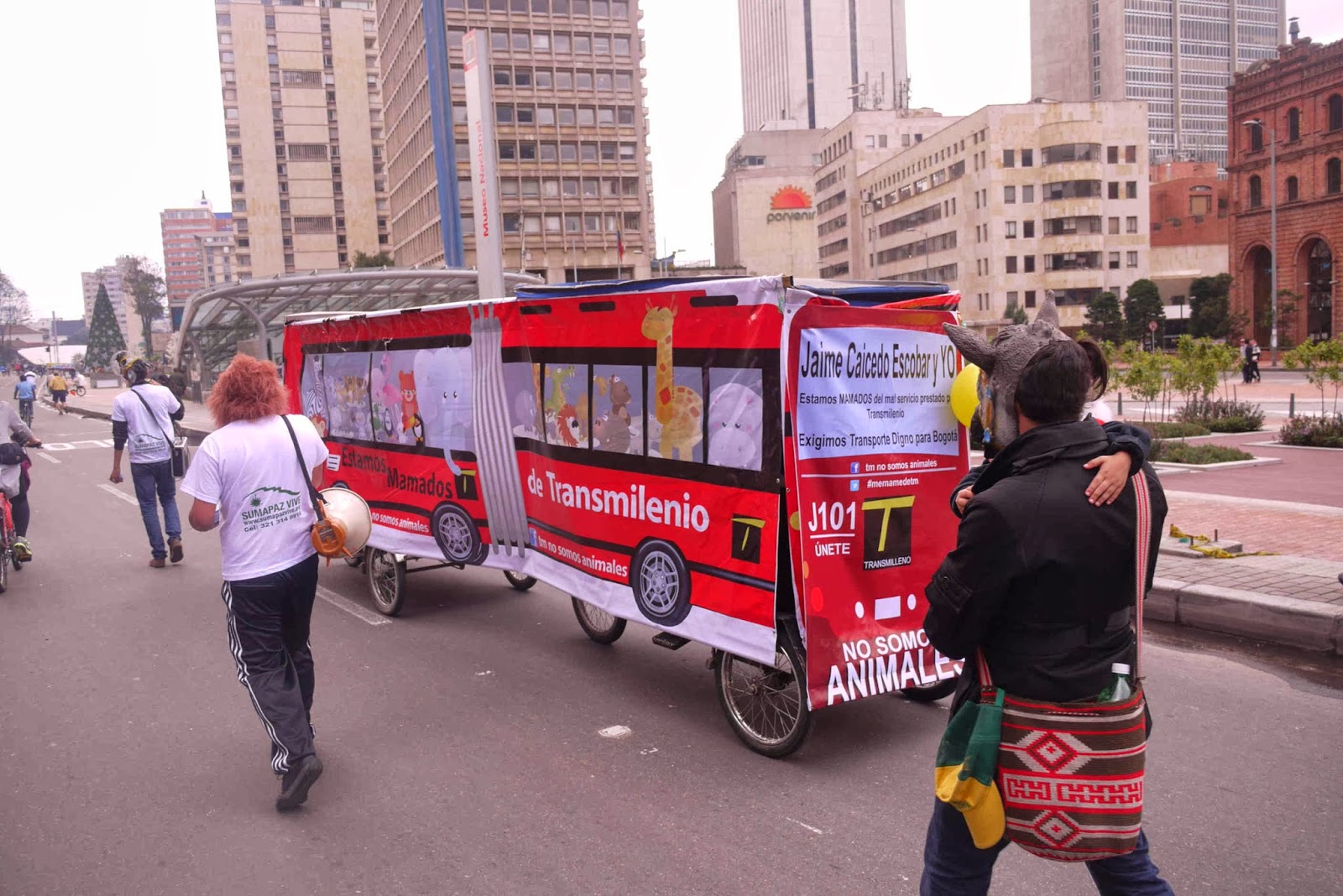 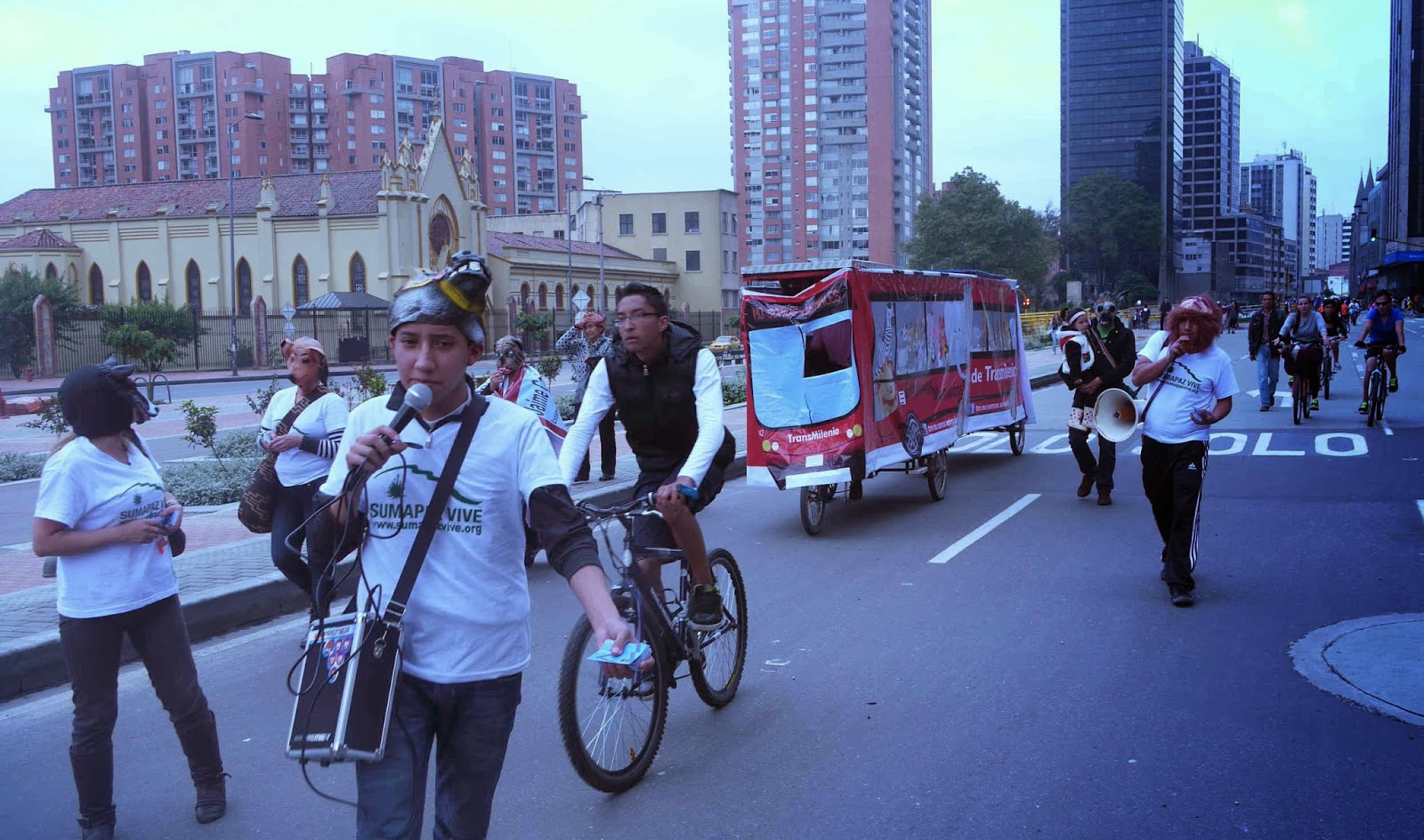 What I don't understand about people using the Transmilenio is why they people boarding don't wait for the people to exit first.

That's a long-standing problem, which TM has campaigned to change...without results.

It's a matter of lack of discipline and selfish, short-minded thinking.