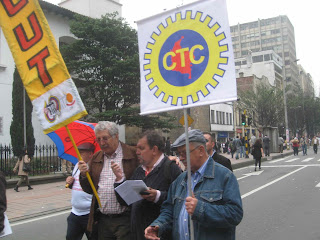 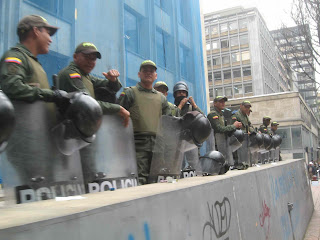 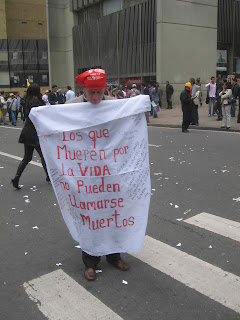 'Those who die for life cannot be called dead.' 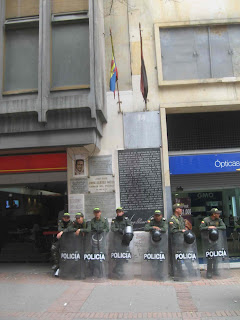 A bit ironically, these anti-riot cops lined up below the memorial to Gaitan, a leftist politician whose 1948 assassination triggered El Bogotazo and other huge riots across Colombia.
The march left Seventh Ave. decorated with new graffitis: 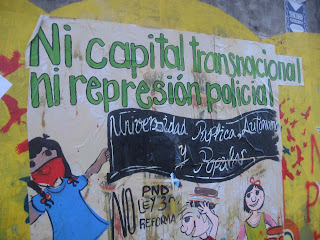 'Neither transnational capital nor police repression.' 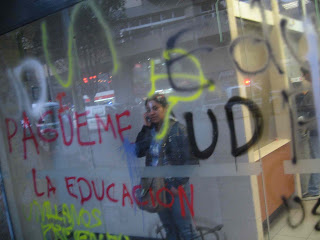 This bank forgot to cover up its windows, so the protesters did them the favor. 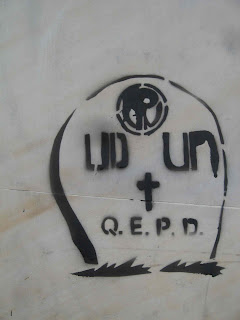 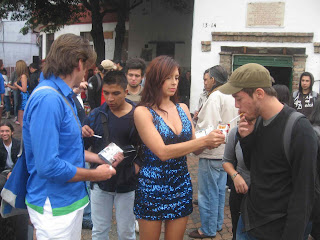