Colombia Says Goodbye to a Great One

'El Joe' began singing in Cartagena dives when he was only eight and went on to create his own sound, mixing salsa, cumbia, parra and other musical styles from Colombia's Caribbean coast. The result was nicknamed the Joeson. 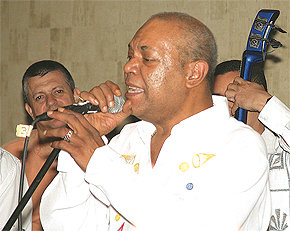 Arroyo had long suffered health problems, due at least in part from years of substance abuse. He died of heart failure in early this morning in the city of Barranquilla. Arroyo was known as the 'King of the Carnaval of Barranquilla.'

Arroyo integrated lots of Afrocolombian spirit and historical consciousness. One of his biggest hits was 'Rebellion,' about couple brought as slaves from Africa.