Bogotá's annual Rock al Parque music festival, going on this weekend, claims to be Latin America's biggest free music festival. Most of the music is in Simon Bolívar Park in north Bogotá, but a few groups are performing in the La Media Torta ampitheatre, in the hills above La Candelaria. La Media Torta is smaller and lower-key than Simon Bolivar, and its groups - in this case, Ensamble - aren't so famous.

But nowhere else can you enjoy both music and a spectacular view of Bogotá and its Eastern Hills. 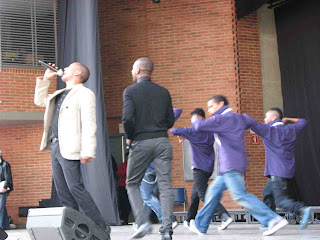 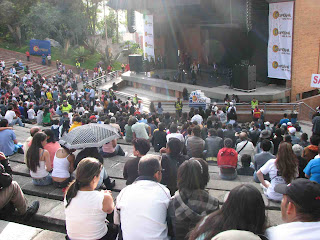