Training for a Sport in its Twilight


Their sport not only threatens participants' life and limb, but it's also in steep decline. Yet, some young men and a few young women still aspire to become bullfighters. And, during the first two weekends of August, young aspiring Colombian bullfighters will display their skill and courage in Bogotá's Plaza Santamaria. 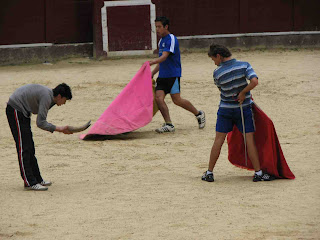 One of the few remaining blood sports, bullfighting recalls the era of gladiators and non-believers confronting hungry lions. Like those practices, bullfighting appears to be on its way out. It's certainly declined in Colombia and it was recently banned in both Ecuador and the Spanish province of Catalunia. Last year, a Colombian judge ruled that bullfighting and other violent spectacles involving animals, including coleo, Colombian rodeo, and corraleja, Colombia's version of the running of the bulls, could continue but not expand or receive government support. All of these activities are undeniably cruel, but deeply rooted in Colombian culture. 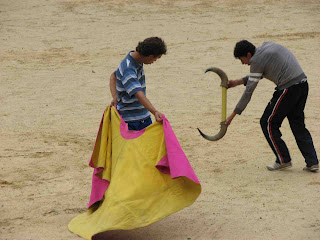 Why, in the sport's twilight, do young people still aspire to risk their lives confronting angry bulls? Few can hope to achieve the glory of figures like Jose Tomas, el Juli or Colombia's own Cesar Rincon - altho they must dream of it. Does bullfighting's future have room for another generation of legends? Perhaps they also seek the extremes of human experience: few human activities so starkly confront a person with severe injury or even death. They may also aspire to the beauty and grace of bullfighting - despite its cruelty.

Today, bullfighting students were practicing for their debuts next month in Santamaria. Practicing with real bulls is both dangerous and expensive, so one young man plays the bull for his companion.

The August bullfights are free, and tickets are available at the stadium box offices beginning at 1 p.m. on the days of the the bullfights. 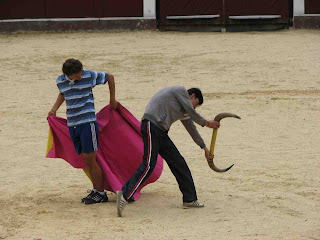 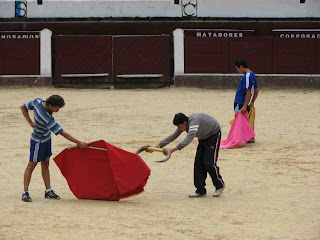 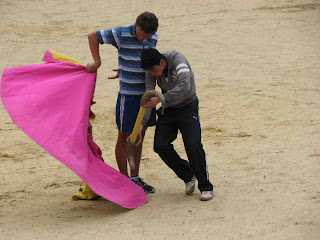 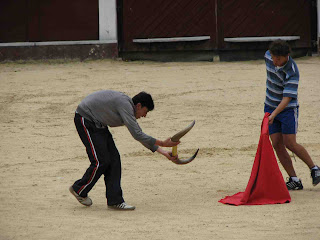 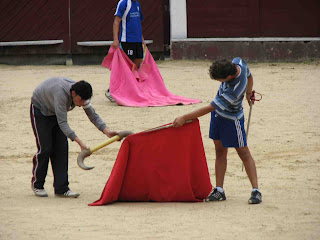 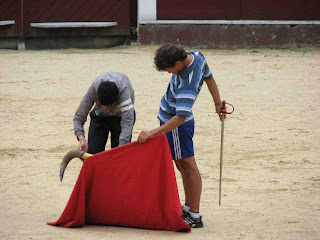 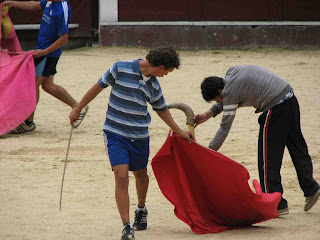 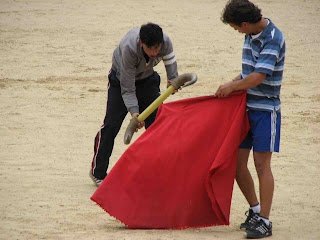 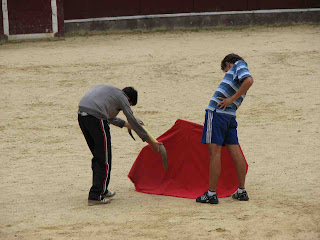 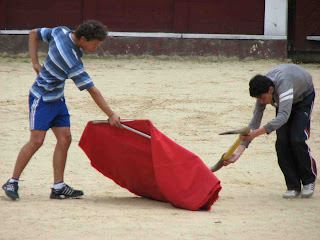 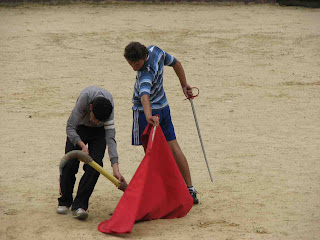 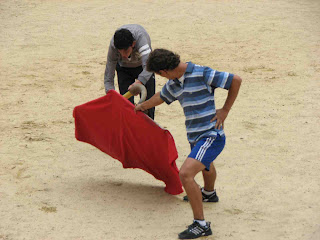 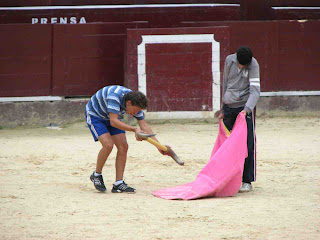 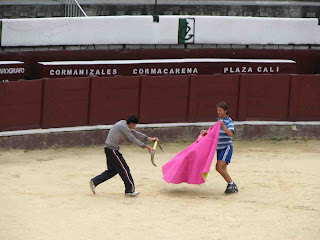 Email ThisBlogThis!Share to TwitterShare to FacebookShare to Pinterest
Etiquetas: bullfighting