Fun With Firepower on Plaza Bolívar

As part of the celebration of Colombian independence day, the 20th of July, the military rolled out tanks and a helicopter onto Bogotá's Plaza Bolívar.

With an ongoing armed conflict, Colombia's military plays a more important role than do the militaries of many other nations. However, it's a deadly business, rather than the fun and games that war looks like on a sunny day here on the plaza. 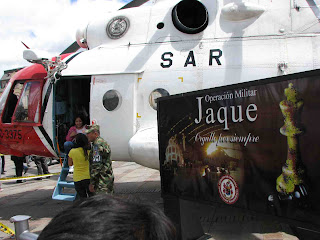 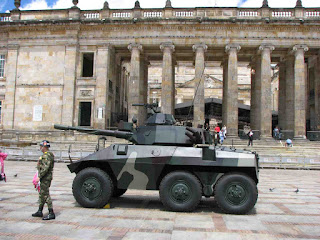 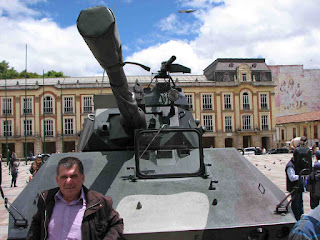