Production is down and so are prices. Coffee farmers say it costs them more to produce a sack of coffee than they get paid for it. And now their marches have shut down some of Colombia's main highways.

Why is this happening? To start, you don't have to look much further than Colombia's surging exports of coal, petroleum and other raw materials. Those industries have attracted billions in foreign investment, which have in turn raised the value of the Colombian peso, making Colombian products more expensive. Climate change has also hurt production, as has the country's armed conflict, which drives farmers off of their land.

There are other reasons, of course, including increasing coffee production in other countries, which have pushed Colombia down in the ranks of world coffee production. And Colombia is also in a low-production point in the cyclical process of growing, chopping down and replanting coffee plants, which require several years of growth before their first harvest. So, industry watchers expect Colombian coffee production to rise again.

But there's also been a more fundamental industrial shift in recent decades. Before about 1990, many agriculturally-dependent nations had things called commodity boards. These tried to control production to prevent overproduction, which could flood the market, collapsing prices. Commodity boards were far from perfect, but by limiting production and buying up and warehousing surpluses, they did help to maintain decent and stable prices for crops such as coffee and cocoa. After commodity boards were eliminated, farmers were on their own to decide how much to plant. Predictably, they produced as much as they could and prices collapsed.

In recent years, prices for some, but far from all, agricultural products have recovered. But other problems continue, particularly price volatibility. Small farmers, who have little savings, quickly get pushed to bankruptcy when the prices of their harvests drop.
In response to the coffee farmers' troubles, the Colombian government has promised to increase subsidies and price supports for farmers. But those policies could increase production beyond demand, depressing prices.

There's another huge error, it seems to me, in Colombia's coffee policies. There are two types of coffee in the world: expensive arabica beans, which are grown at high altitude and receive premium prices on world markets. Arabica is Colombia's specialty, and almost all of its production is exported. The other variety of coffee is called robusta, and is grown at low altitudes and sold cheaply. Most Colombians drink cheap coffee made from robusta beans.


Understandably, the Colombian government wants to protect the nation's image as a quality coffee producer. But to do that they've gone way too far, by prohibiting the growing of cheap robusta beans. As a result, 90% of the coffee consumed in Colombia is imported - sometimes from as far as way as Vietnam.

Colombian farmers want assistance. The country is importing coffee which it could grow at home. Something doesn't make sense. 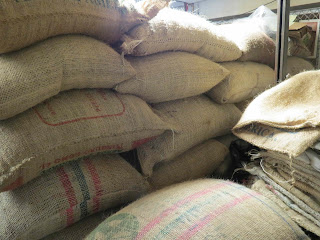 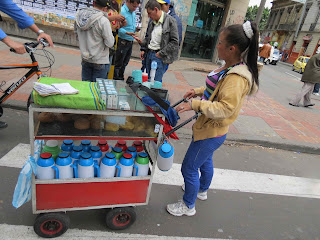 Interesting post. The job of the state is to ensure that the constitution is not infringed nothing more and nothing less. That is it's remit. It is not the state's job to prop up failing inefficient or none viable industries/sectors. If a particular industry cannot compete freely than it must be permitted to fail. Using the resources of how many hard working people to prop up such industry is a sacrifice only those in power (cushioned) would deem fit to bestow upon others under them. In other words socialism. It is down to states/kingdoms, industries and individuals to ensure that they themselves are viable and offer worth. A perfect inequality to all.

Can you imagine Colombia no longer being a coffee producing country? Besides the fact that 350,000 families grow coffee, it'd be a real blow to the country's self image.

I don't like price supports, either. Just look at the way they've turned U.S. farmers into welfare dependants. Still, perhaps they have a role in order to help Colombian coffee farmers survive a rough patch.

I really like the moments when we agree with each other naturally.

To answer your question on Colombia's image of coffee growers.

Yes, I can see Colombia being successful in anything the people put themselves towards. It's happened all through human history and will keep on happening. Humans are the most adaptable of all species. The problems come when people try to resist natural change and that is were the suffering comes into the equation. It's not a very bohemian thought but then again in the real world we can't all afford to be so romantic.

Great blog. All posts have something to learn. Your work is very good and i appreciate you and hopping for some more informative posts. Adult All Inclusive