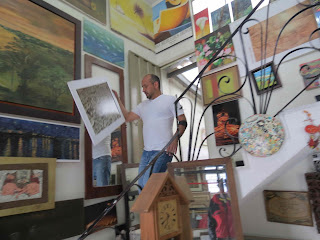 Bogotá's hip La Macarena neighborhood, on the hill above Independence Park and the bullfighting stadium, has filled with art galleries in recent years. But galleries often seem cold and sterile to me. And, usually they're also empty - except for the evenings when they give away food and wine (and even then it seems the visitors come to see each other rather than the art).

So, it often seems to me that art galleries serve to sterilize art and hide it away (which is why street art is so great).

Edgar Sandoval, who frames artworks in his colorful, jumbled shop, told me about the neighborhood's history, including the artists who've lived here, such as sculptor Edgar Negret. For Sandoval, framing artworks is art itself. Calle 26c No. 4a-11, La Macarena. Tel: 334-5653. 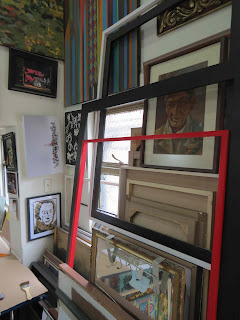 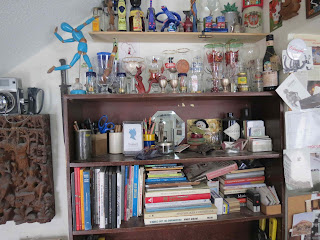 Cesar Giraldo told makes leather products in his shop on Carrera 5. He says he doesn't know of another leather workshop which has a storefront as well. He makes his own works, as well as fulfilling orders. His works are available here and here. Cesar Giraldo. Carrera 5 No. 26c-18. Tel: 342-8964. 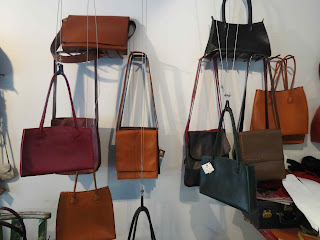 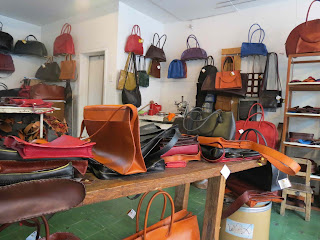 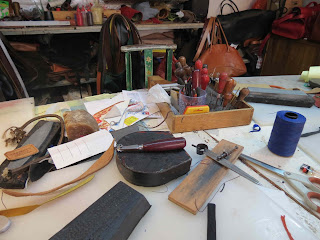 Miguel, perhaps if you get close to the artwork in the minimal art gallery, you could get to appreciate it??? It looks like a very nice and progressive gallery, whats the name????
Stop been so hostile towards contemporary art.

Can you tell me the name of this gallery???

The gallery is NC Arte and the artist (if that word is appropriate) is Fred Sandback. His work consists only of lines, mostly vertical. Art is in the eye of the beholder, of course.