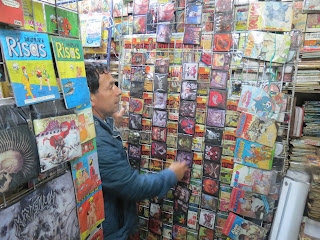 ﻿You like police comics, superheroes, humor, erotica? You'll find it in Juan's cave of comics, squeezed into little more than a cubicle, and spilling out onto the street, on Carrera 8 between Calles 21 and 22. 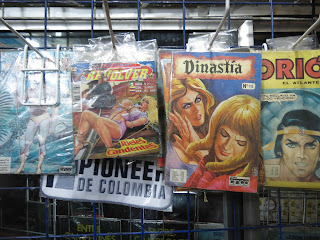 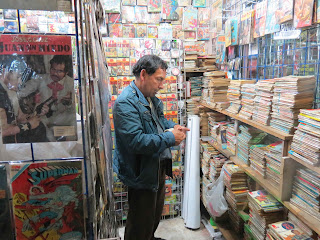 Juan's been selling comics here four about 4 years and for 11 years in his previous shop nearby. He's looking for a bigger place, like the one he occupied previously. He regrets moving out of there, "but I wanted the cash," he laments.

He's got thousands of comics here, and many more filling two rooms in his house in La Candelaria sur. But he doesn't know exactly how many. "They come and go," he explains. 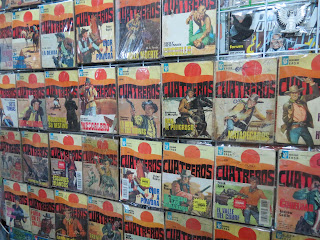 Juan, who's loved comics since he entered a magazine store across from his school when he was nine, says that the Internet hasn't hurt his business. "People like holding a book in their hands," he says. And that's exactly what they can do in his shop. He rents the comics for in-shop reading for 300 pesos for a small one and 500 for a larger comic book. he charges by the comic, not the hour. A customer can hang out reading for as long as he or she wants. 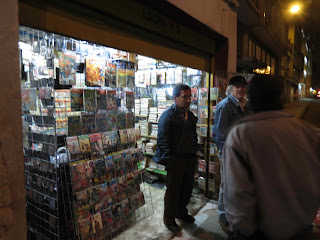 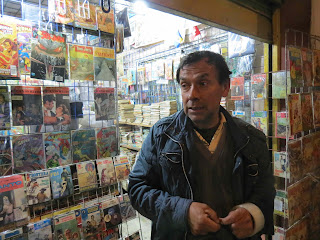