A Burning Incident in San Bernardino 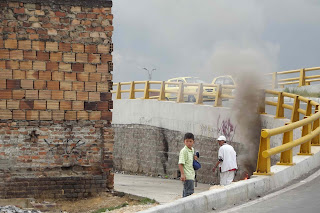 Today I happened upon this scene in the San Bernardino neighborhood, a poor, rough area just south of Tercer Milenio Park.

The group was undoubtedly burning trash in order to salvage metal, which they could sell. Smoke from burning trash, particularly burning plastic, is extremely toxic. 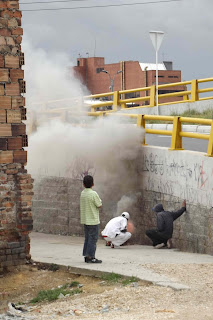 Presently, two cops appeared and yelled at the group to put out the fire, 'or else we'll take you away,' but then quickly lost interest and decided that frisking these youths was more important. 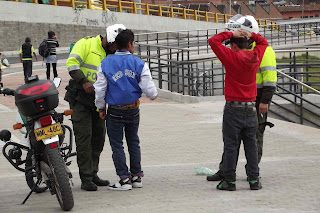 I pointed out to the cops that trash burning was very toxic, so they yelled once again at the group, warned me that my camera would get stolen (I wouldn't have had it out there in the first place if not for the cops' presence) and then sped away on their motorcycle. 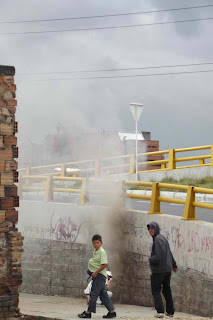 Such is the importance given to air quality in Bogotá.