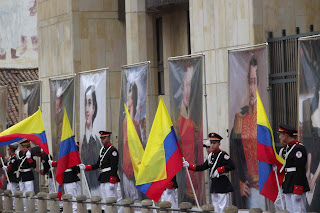 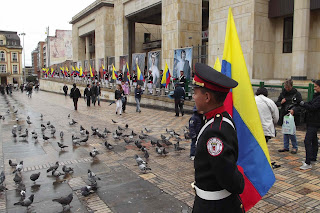 Scenes from today's celebration of Simon Bolivar's birthday. Bolivar, of course, led the armies which freed northern South America from Spain, and half of the streets, plazas, parks, currencies and even nations in this region are named after him.

Even tho Bolivar's been idolized, he was a mixed bag. In the end, he wanted to be made dictator for life. Bolivar also famously denounced the young United States - but pursued alliances with England, then the world's super power. 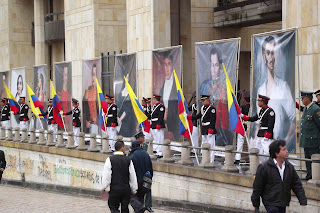 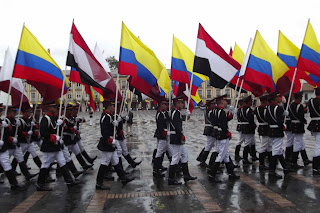 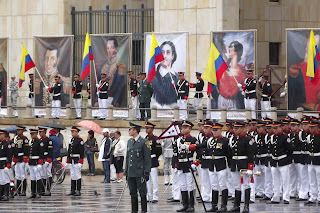 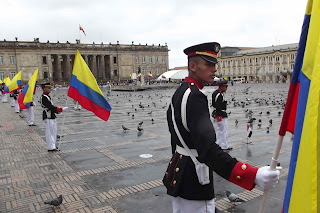 In fact it is the pursued alliance with England which originates the infamous (and out of context) denouncement of the United States by Bolívar (it was written in an subservient letter to england Col. Patricio Campbell, who managed the Crown business in 1829)
http://es.wikisource.org/wiki/Carta_al_Coronel_Patricio_Campbell

Interesting, especially since at that time England was becoming the world's great imperial power.

Maybe Bolivar was sucking up to the British by denouncing the Americans.