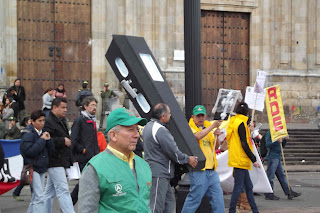 Crowds marched down Ave. Septima today in protest against the Law 100, which would reform Colombia's health system. Critics say the legislation would transform health care from a right to a privilege. I don't know the details, but suspect that this law, just like the proposed justice system and public university reforms, is dead on arrival.

One thing about Colombia's troubled public health care system - it's more than the United States has got!
I can't help wishing that Colombia would take some more preventative measures, such as controlling air pollution and taxing junk food, which is causing an obesity boom. 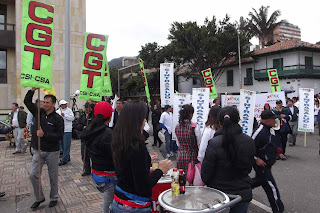 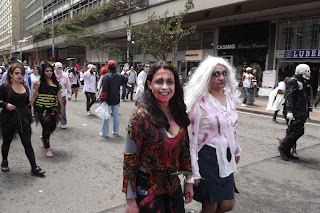 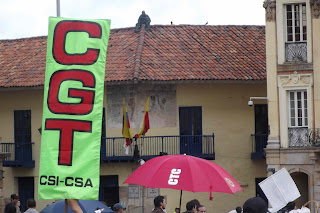 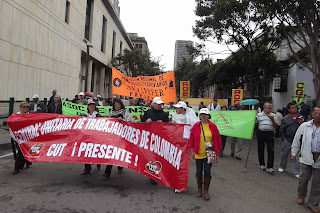 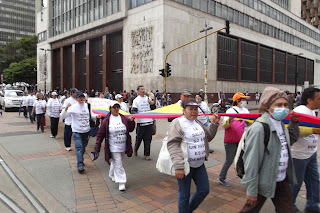 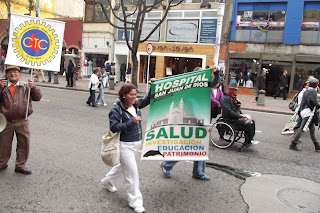 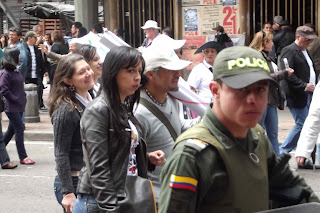 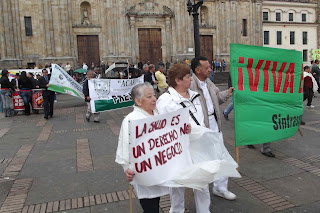 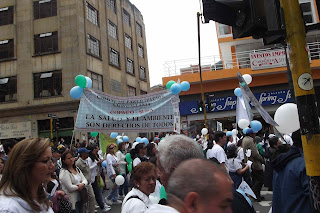 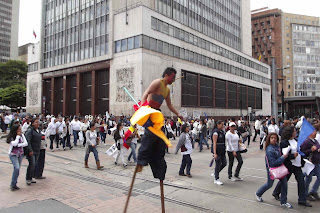 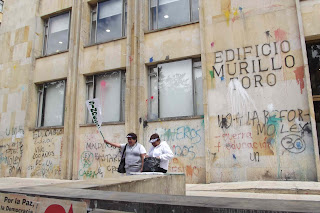 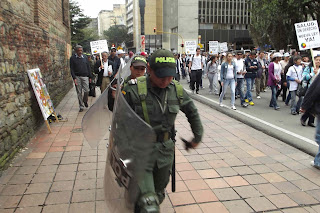