The Claustro of San Agustin 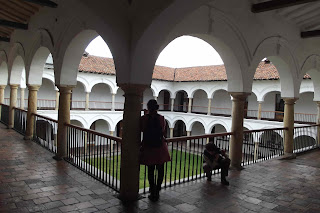 The next time you've got a free hour in La Candelaria, consider visiting one of the neighborhood's lesser-known corners. There's good reason why the Claustro de San Augustin isn't one of the city's famous museums. But your time won't be lost, either.

The Claustro is first of all quite a handsome building. Its grand white balconies, stone columns and brick arches enclose a park-like lawn area, attractive for eating lunch or reading a novel, if the museum personnel will let you. 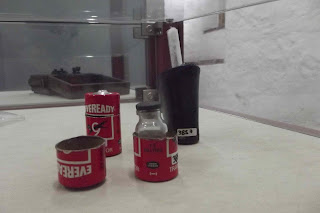 Augustinian monks built the claustro in the early 1700s as a school. Later, it became a military barracks and housed Colombia's Senate. Over the centuries it was damaged by the 1862 Battle of San Agustin and the Bogotazo riots of 1948. In 2006, the Claustro was transferred to the Universidad Nacional, which began a restoration process which continues today. 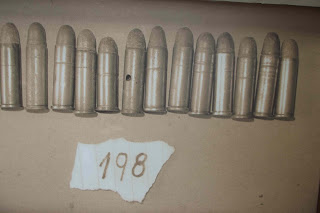 The Claustro now contains temporary exhibitions of art and from the university's own collection. None of the exhibitions I saw were particularly transcendental, but they provide glimpses of Bogotá's past: One about crime, containing old investigative instruments and items like hollowed-out batteries used by smugglers. (Nearby is a statue of Santander, apparently here only because the university found no place else to put it.) The Claustro also contains exhibitions about butterflies, the history of nursing education and a collection of musical instruments, altho that one is only accesible by prior arrangement. And even a photo exhibit of Madrid.

Admission to the Claustro is free, and it's next door to the Casa de Nariño (the presidential palace). 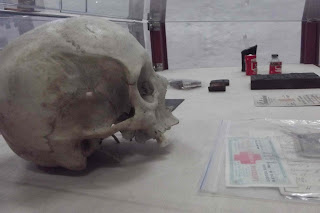 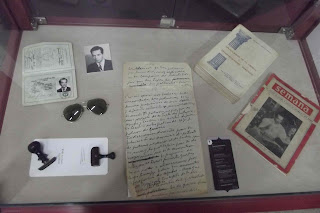 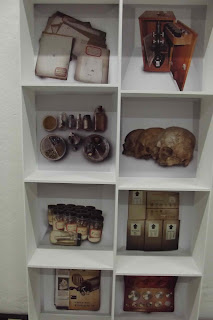 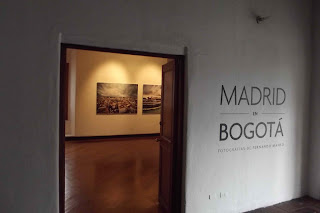 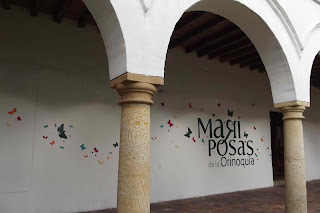 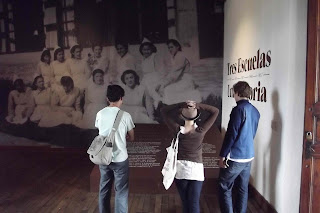 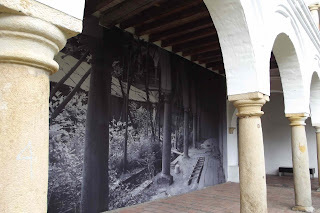 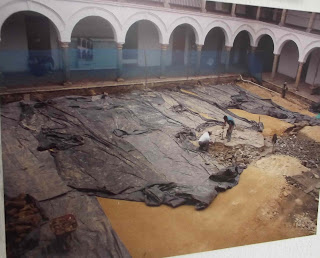 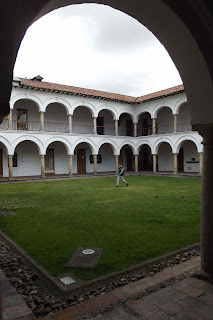 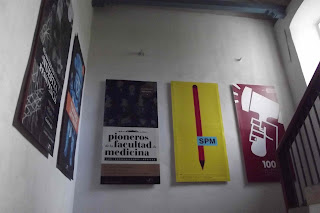 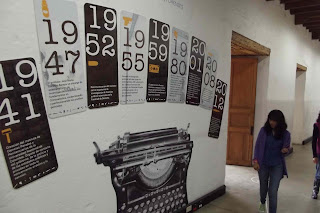 What an awesome place Mike, I didn't know about this beautiful building and museum.