For weeks, I've been wondering who painted the 'bike lanes' on several central Bogotá streets. Wish they were real. 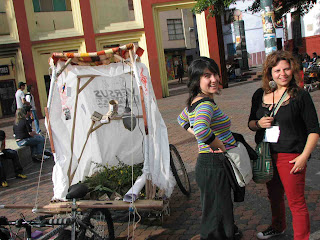 Turns out they were painted by this theatre/activist/arts group called Versus Nomada. Here they are on La Plaza del Chorro in La Candelaria. 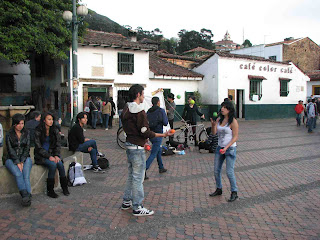 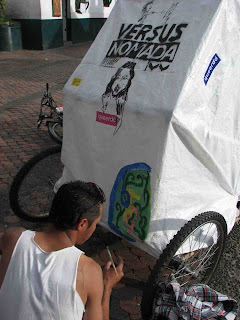 Participants paint pictures and write messages on Versus Nomada's cart. 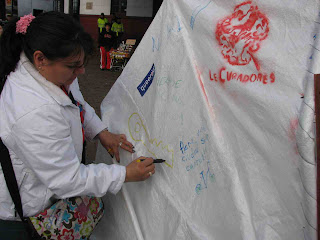 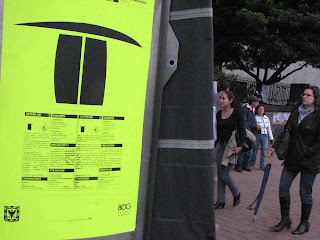 Versus Nomada also placed these imaginative posters on the city's sales kiosks referring to a fantastical 'Telebogotrans' transport system. 'The administration declaims all responsibility for molecular mixing during the trip...' 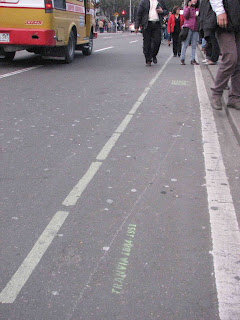 Versus Nomada's lanes also recalled Bogotá's old Tranvia streetcar system, damaged by the 1948 bogotazo riots and asphalted over by Mayor Villegas in 1951.