A New Face for Camilo Torres

Camilo Torres, the 'revolutionary priest' who stares across the National University's Plaza del Che at a portrait of the Argentine-Cuban revolutionary, has gotten a new look. A leftist idealist, Torres was the university's chaplain until her ran to the mountains and joined the ELN guerrillas. He was killed in his first battle in 1966 and since has become a leftist icon and martyr. 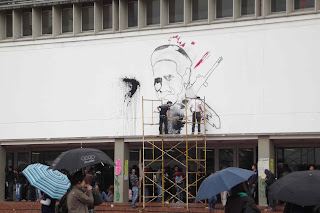 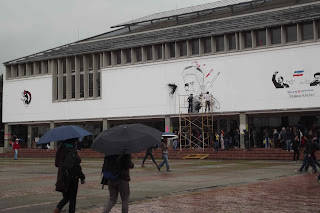 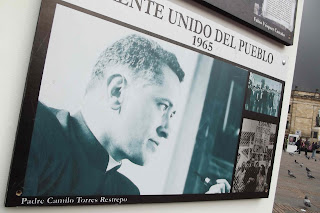 Two other pieces of new graffiti, or wall art, at the National University.