Can a Law Save Colombian Football?

Colombia should be a world football powerhouse. That's futbol, of course, as in soccer. 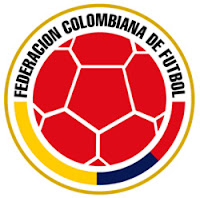 After all, football is Colombia's most popular sport. Colombians are so passionate about it that cities virtually shut down during big matches, and fans of opposing teams sometimes turn to violence to prove their loyalty. Colombia should be another Argentina, but instead the country hasn't even classified for the last several World Cups and its national league is still tainted by narcotrafficking money.

Colombia used to be a contender. That was back in the era of Pablo Escobar and other cocaine kingpins, for whom owning a football team was a question of pride and useful for money laundering. So, they poured the money in.

Today, besides declining in quality, many of Colombia's professional football teams are in financial crisis, and even bankrupt. Deportes Quindio fell so far behind on players' salaries that last month the players refused to travel to Bogotá for a game - so the owner replaced them with juvenile players instead.

Now, Colombia hopes that a new Law of  Football will help recover its old glory and clean up the national football league.

Under the new law, teams are supposed to become corporations and document the origin of their money. if they fall behind in payments to their players, they'll lose official recognition. And fans who turn violent in the stadiums can be labeled 'terrorists' and receive up to ten years in prison. Pretty harsh. With more than half of the national league reportedly bankrupt, it'll be interesting to see how many teams survive the changes.

Recently, Colombia won the world indoor soccer championship - albeit playing at home. In July and August, the country will host the FIFA under-20 World Cup, its biggest-ever sports event. So Colombia will get the chance to recover old glories.