A: Sympathizing and meeting with the FARC guerrillas and then going home to Minnesota and staging meetings, conferences, rallies and hosting someone who may or may not be a FARC representative, all the while running a left-wing cafe and fantasizing about the imminent socialist revolution.

Or B: Giving millions of dollars to the FARC and right-wing paramilitaries and reportedly allowing them to use your infrastructure to smuggle drugs and weapons.

Now, guess whether A or B got raided recently by the FBI and its members subject to a grand jury investigation.

You got it right, A.

That's why a group of Minnesota 'anti-war activists' who visited the FARC years ago have been raided and interrogated by the FBI. The Minnesotans denounce capitalism and want a socialist revolution, so their goals coincide with the FARC's discourse. But the Minnesotans point out that there's no law against supporting socialism, traveling to Colombia or meeting with the FARC. And neither is there any law against being idealistic, misguided and pursuing a failed and discredited cause. 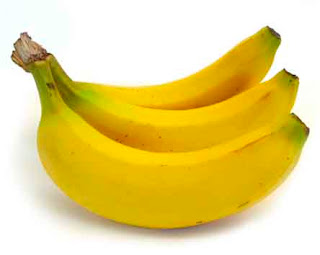 But how about giving millions of dollars to murdering, terrorist organizations? In 2007, Chiquita banana company paid a $25 million dollar fine to the U.S. government for having paid millions in protection money to Colombian paramilitaries. Previous to that, it had paid off the guerrillas.

For a huge corporation like Chiquita, the fine was small change. And its directors haven't been punished personally, despite talk in Colombia about trying to extradite them. Good luck with that. Several members of Chiquita's board of directors have had close ties to the George W. Bush and Barack Obama administrations. Having represented Chiquita, a company which had paid off terrorists, was no obstacle to Eric Holder becoming U.S. Attorney General.

Many other corporations apparently also paid off Colombian terrorists, and haven't even been fined.

But this idealistic if misguided group of Minnesota 'anti-war activists,' whose idealism blinds them to the fact that the FARC are the reason there's a conflict here in the first place, are being hounded by the FBI.

My impression is that these sorts of rich-country FARC sympathizers are naive 'fellow travelers' infatuated by the guerrillas' facile discourse about social justice and denouncements of evil capitalism, but who ignore the guerrillas' drug trafficking and tremendous human rights violations.

But being fools isn't against the law. And neither is sympathizing with a terrible cause - that's fundamental to a free society.

The FARC have done lots of damage to Colombia, but never in the United States (besides sending drugs there), nor have I ever seen any evidence of their plotting against the States.

All of which makes one ask whether the FBI doesn't have more important things to do than raid the premises of misled idealists?

Why the double standard? It's influence, but also America's religion: capitalism. Everybody knows that Chiquita did what it did to sell bananas and make money, so its motives are transparent. In contrast, this bunch of Minnesota activists who yearn for a socialist paradise which is never gonna happen, least of all in the U.S. or Colombia, are suspicious and dangerous.

Chiquita and other companies may, however, end up paying up by a different route. They are being sued by individuals victimized by Colombian terrorists, including three kidnapped American contractors and relatives of missionaries murdered by the guerrillas.